MusicRadio WNR (formerly known as WNR and, before that, WetNoseRadio) has returned to the Internet! Head over to musicradiownr.com.

Changes in the fees charged for Internet streaming of musical performances forced WNR offline in January of 2016. In addition to the return of 24/7 live streaming, Music Radio WNR has prepared a Top 25 playlist on Spotify. Listen to it here! 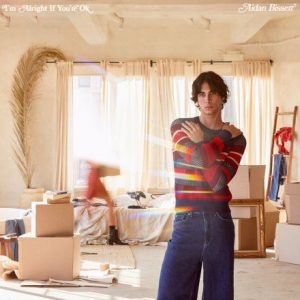 He doesn't turn 21 until Feb. 15, but Aidan Bissett has already perfected the art of twisting heartbreak into exhilarating pop songs.

Since breaking through with a series of self-produced singles in 2020 and signing to Capitol Records before he’d even finished high school, the Los Angeles-based artist has earned an adoring global fanbase irresistibly drawn to his guitar-driven alt-pop and confessional yet carefree songwriting.

After devoting the past year to refining his vision and deepening his sound, Bissett dropped his long-awaited debut EP, I’m Alright If You’re OK, a five-track project that documents the stages of a troubled relationship with both raw immediacy and illuminating perspective.

Having already toured with Lauv and Claire Rosinkranz, Bissett joined The Greeting Committee on their fall North American tour. [BMI]